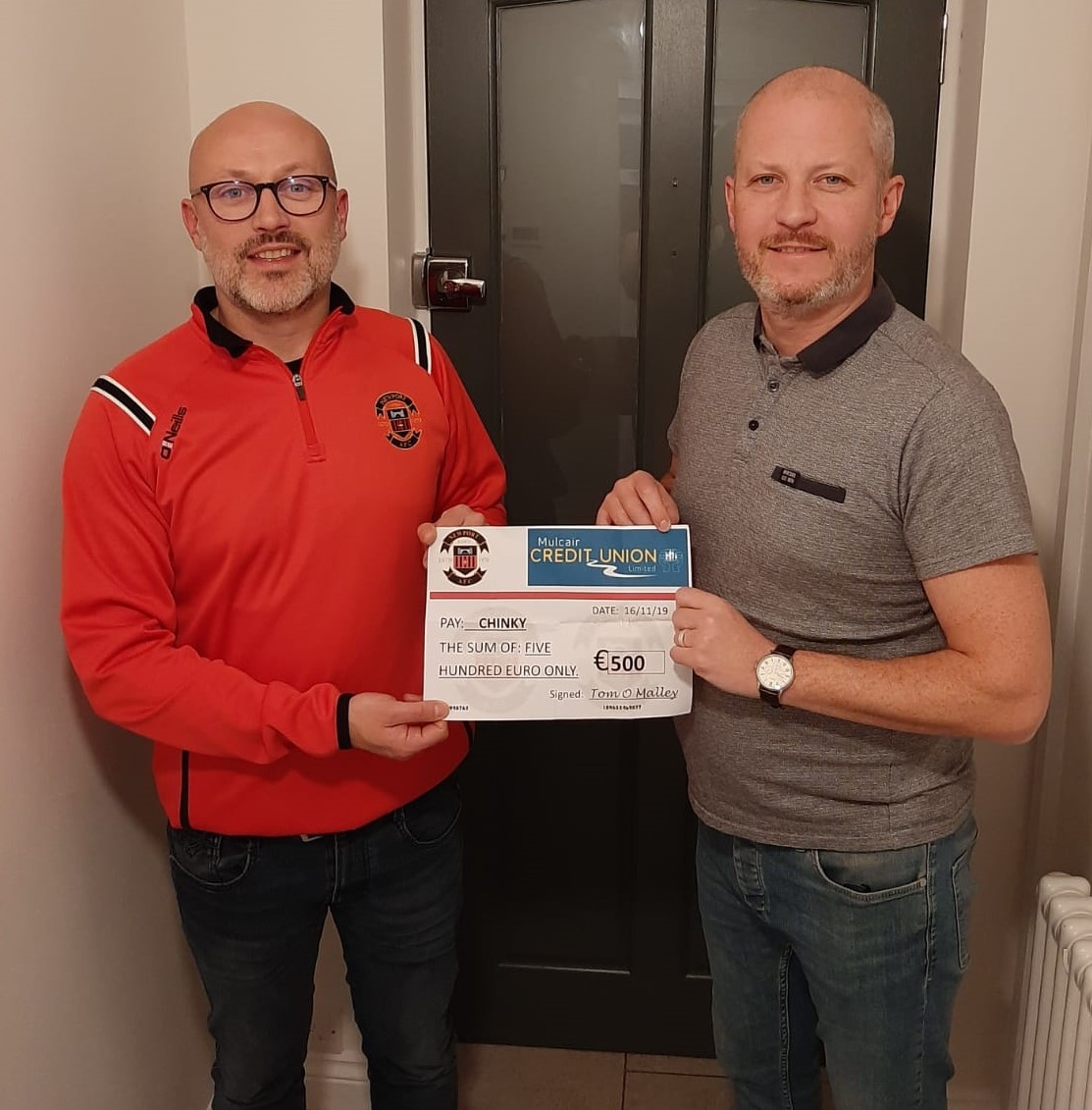 Published: about 3 years ago

It was a case of brothers-in-arms when the much younger & better looking Lenihan brother (according to their mother), Brian received his first prize of €500 as the outright winner of our recent Last One Standing competition. Brian's pictured receiving his prize from his brother & Club Treasurer, Micheál Lenihan. Apparently, there's not much of the winnings left, after a Newport crew spent last weekend in Swansea at the Munster game visiting churches, art galleries & museums. We hope to run another Last One Standing competition in January 2020.

U12 Girls emerge victorious in the Kingdom

Congrats to our U12 girls who advanced to the next round ...

A massive thank you to Raheen Pharmacy for their very kin...

U9 Girls are looking for new players

Could we have some future Irish internationals in Newport...

The Club was delighted to receive presentations from the ...

Just one more sleep to the Dinner Dance. We would like to...