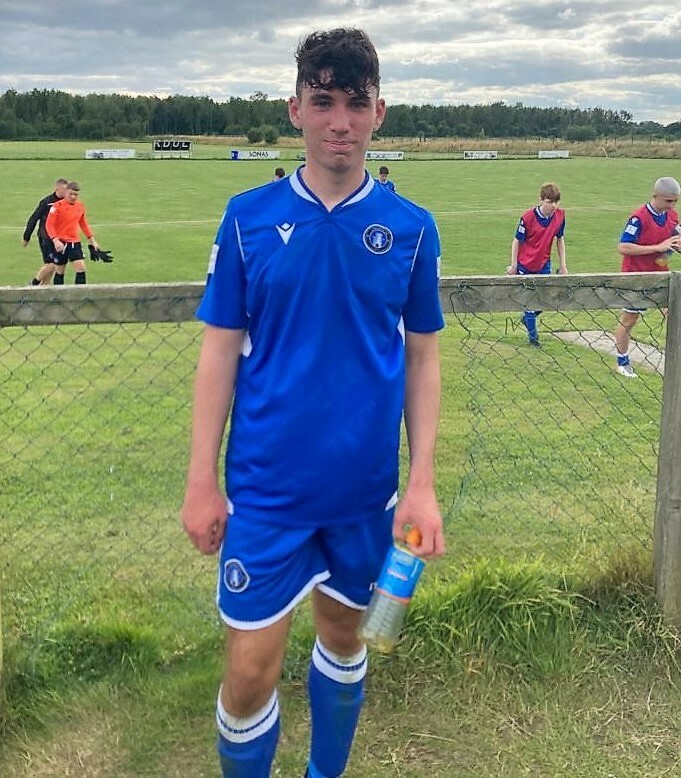 Published: about 2 months ago

Great to see our Youth player, Conor Brett, moving up the grades and making the move to Limerick FC U17s and League of Ireland football. Conor transferred during the week and made his LOI debut yesterday, when introduced in their league game away to Klub Kildare.

Obviously, with his talent and ability, Conor will be a huge loss to the club but from a player’s point of view, it’s a great move for him and it should always be the aspiration of the club and all its players to want to always strive towards the next level.

Conor has been with the club since he first started playing soccer and has always stood out as a talented, hard-working and dedicated player, popular with coaches and players. Last season, Conor was selected as the Limerick District League's U17, Div 3, Player of the Year. Conor was also the top-scorer in the league and was also in the U17 & U18 League & Cup double squads. Not bad stats to have on your CV.

Best of luck Conor and no doubt we’ll see you in Derryleigh Park supporting our sides on the sideline.

Are you clearing out wardrobes or de-cluttering? We can h...

Last One Standing is Coming Back, starting Saturday, Octo...

Due to popular demand, our Last One Standing fundraiser i...

We are hosting a Membership night in our Derryleigh Park ...

New Junior season kicks off next week and opening fixture...

The new junior season kicks off next week and the opening...