U14 Schoolboys bow out of National Cup after 7 goal thriller 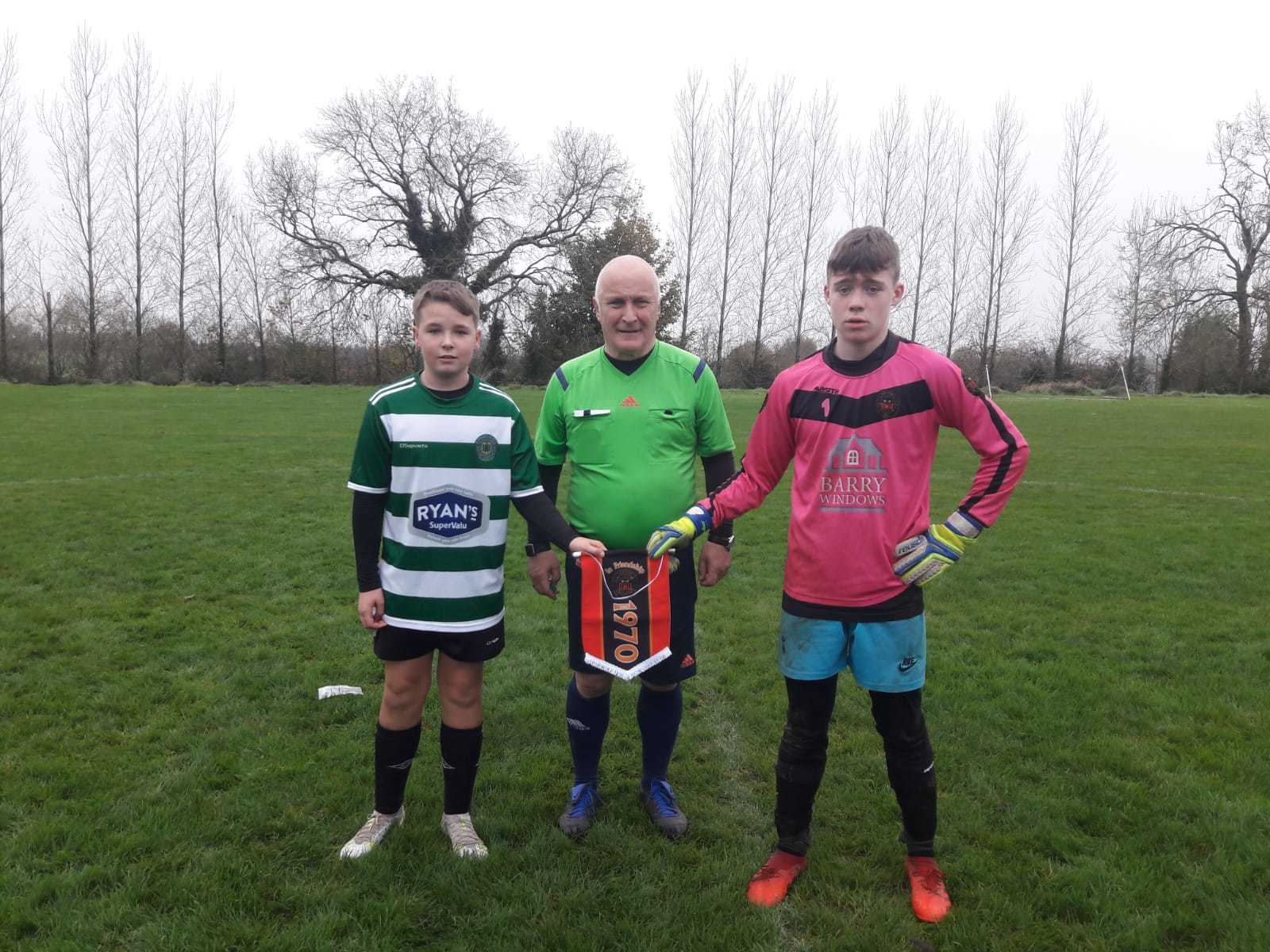 U14 Boys SFAI National Cup, Round 3

Hard luck to the U14 schoolboys who lost out by the odd goal in a 7 goal cup thriller in Derryleigh Park this afternoon against Kilmallock. The visitors came out of the blocks the fastest and took a two goal lead but credit to the Newport lads who brought the game back to 2-2.

This was a typical cup contest with lots of thrills & spills and super commitment by all the players. Extra-time might have been fair but unfortunately it is Kilmallock who advance to the next round. Special mention for Cormac Shanahan who topped off a fine game with a well-taken hat-trick.

Pictured is U14 Captain, Tommy Whelan presenting the Kilmallock Captain with the NTAFC friendship pennant before the game. Thanks to referee Mike Kiely for reffing the game #norefnogame