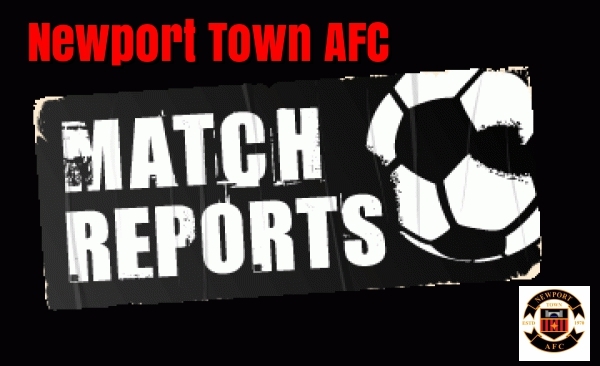 Published: over 2 years ago

Junior A Premier A League

The A team closed the gap on league leaders, Moyross, following a great 3-2 comeback win against Cappamore in Derryleigh Park on Sunday afternoon. Goals from Davy Ryan, Brian O’Sullivan & Seán Ryan secured the vital 3 points to keep Newport firmly in the promotion hunt.

The visitors opened the scoring in the 13th minute, when their striker received a through ball and calmly rifled his low shot to the far post giving Harry Ryan no chance. Newport had a great chance to level the game just 4 minutes later when Davy Ryan was one-on-one with the keeper but his shot was well saved. Cappamore doubled their lead in the 26th minute with a shot from inside the box.

Newport were creating chances but the Cappamore keeper was in inspired form and it looked like it was just going to be one of those days. However, Newport pulled a goal back in the 36th minute, when after a bit of pinball in the box, Davy Ryan latched onto a half-clearance and drilled the ball home from 12 yards out to give the home side hope. The first half ended with Cappamore leading 2-1.

Newport continued to create chances in the second half and deservedly got the equaliser when Brian O’Sullivan picked up a loose ball in the box and slotted home. 12 minutes later, Seán Ryan, who had pushed up from centre-half to midfield, got his head to a pinpoint free-kick from Peter O’Sullivan from the left wing, to give Newport a 3-2 lead.

Cappamore had a few half-chances to make it a nervy end to the game but in truth, if Newport had been a bit more clinical in front of goal and the Cappamore net minder hadn’t pulled off some great saves, the score line would have been far more convincing.

Newport, who are on a fine run of form, will now be looking to carry this momentum into next Sunday’s round 5 (last 64) game in the FAI Junior Cup, when they make the journey out to West Limerick to take on Carrig Celtic of the Limerick Desmond League. Carrig are currently in the bottom half of the Desmond League’s Premier Division but they have beaten Rineanna (6-0), Kilcornan (4-3) & Killarney Celtic (3-2) to make it to this stage of the competition, so they are going to be very tough opposition and will probably be the bookies’ favourites to advance to the next round. So far, all Carrig’s games have been at home and with them once again having the comfort of a home draw, Newport can expect to face a real battle if they want to make it to the last 32 for the second season running. Kick-off is at 2pm and with Carrig only being an hour’s drive away, we hope to see a large Newport crowd make the journey to support the lads.