U16 girls put on 5 star display away to Knigh 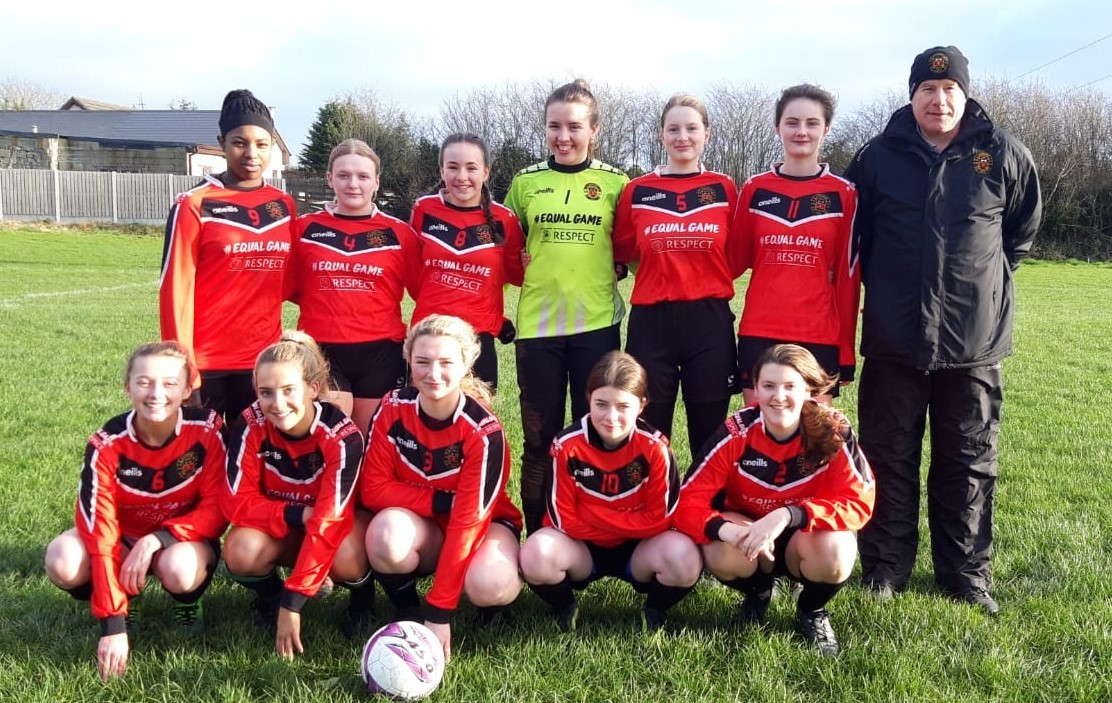 Published: about 1 month ago

The U16 girls recorded an excellent 5-0 win when they travelled to Knigh to play their first game in almost 2 months. The wind was very strong but the girls controlled the game from start to finish. Emma Kett scored first after Aoife Kennedy put her through. Midway through the first half, Sarah Kelly struck from 20 yds for the second. Emma Kett then put Chelsea King in to score the third.

In the 2nd half with just the bare 11 players, Caragh Flynn continued to play despite an ankle injury. Our defence shut out Knigh and our midfield moved up which meant Chelsea did not have the room but she still scored a marvellous solo goal. She then turned provider by putting Emma Kett through to score her second of the game. All 11 girls put in a tremendous effort and we're so proud of them.

Best of luck to our team captain Abbie Lenihan who's on trials for the Irish U16 team.

All in NTAFC would like to wish the very best of luck to ...

Tipperary County Council shall be carrying out road resur...