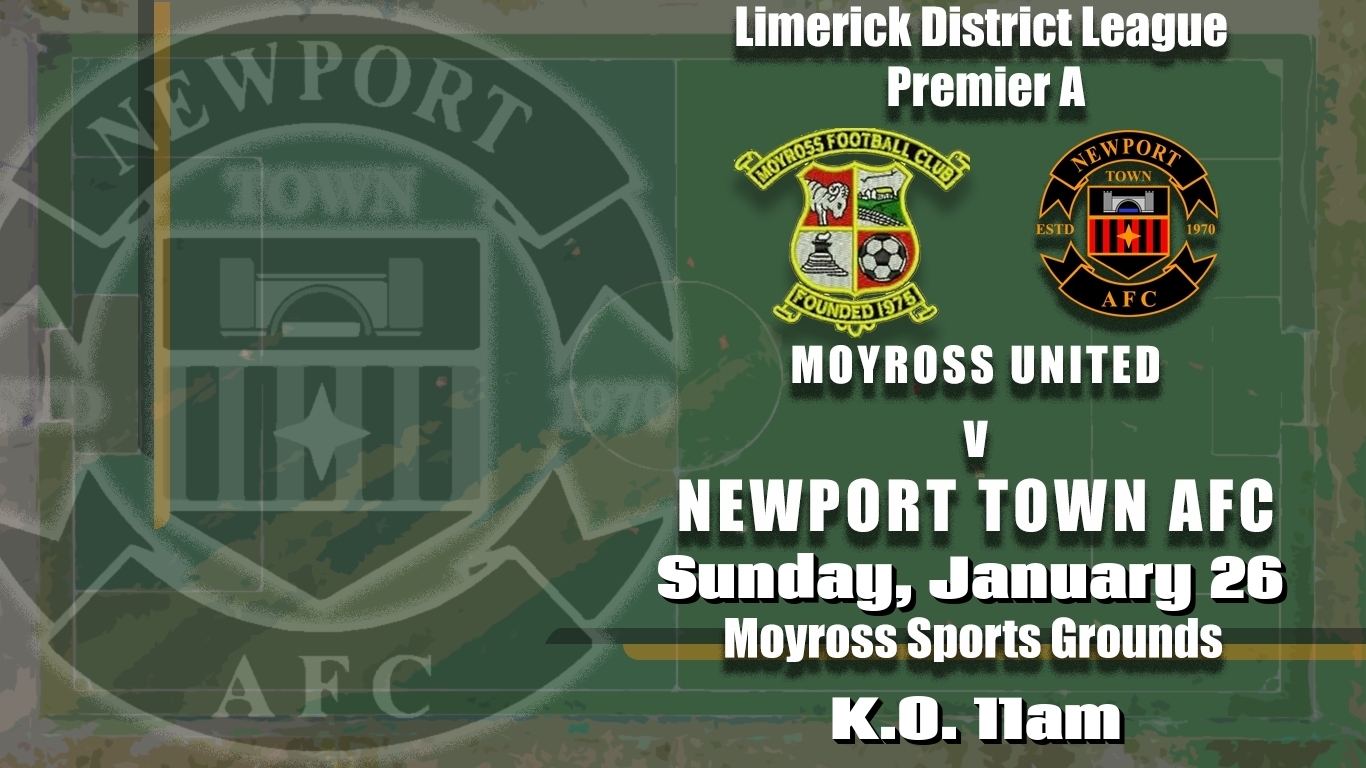 Junior A Premier A

The A team were the only junior side in action over the weekend, when they travelled to play Moyross in a top of the table clash on Sunday morning. This was a very even contest between the promotion chasing sides and the points were shared at the end of an absorbing contest that ended in a 0-0 draw. As scoreless games go, this was a cracker.

Jake Dillon had the ball in the net for Newport in the 4th minute but ref, Robbie Broe, disallowed the goal for offside. Played on a soft pitch, both sides tried to play passing football and the opening half hour of the game was 50/50 with neither side creating any clear-cut chances. In the 36th minute had two great chances to open the scoring but the Moyross keeper did very well on both occasions. On the overall balance of play, Newport had probably been the better side in the opening half but Moyross had defended well when called upon.

In the 48th minute, Seán Ryan saw his low shot from the right go inches wide of the left upright and just 4 minutes later he saw his shot go wide of the same post. As the game went on and as legs got tired due to the soft underfoot conditions, the game became a lot more open with both sides beginning to create more chances. In the 68th minute, Newport had a big call for a penalty waved away and then in the 78th minute Brian O’Sullivan’s goal bound shot was saved by the keeper’s hand outside the box but the ref deemed that a yellow card was sufficient punishment much to the amazement of the Newport players and supporters. It looked like one goal would be enough for either side to win the game but despite their best efforts, neither team could manage to get the crucial goal and the pre-match gap between the sides remains at 3 points. It was great to see Christy O’Connor play the full game in his first start since his knee injury in November.

The 2 promotion places now look like they will be fought out between Newport, Moyross, Charleville & Murroe with Hill Celtic still lurking and the Premier A title race looks like it could go right down to the wire. Newport have 10 games remaining so there’s still a long way to go between now and the end of the season.

Due to Covid-19, the start date for the first Euro Millio...

The draws have been made for the Premier A (Junior A) &a...

Juniors:The Junior A side suffered a disappointing 2-1 de...

Juniors:The Junior A side again had mixed fortunes during...

Don’t forget to join the NTAFC Fantasy Football League be...

Join our Euromillions Syndicate and hopefully be a part o...

WE'RE ASKING FOR YOUR SUPPORTAs we celebrate our 50th Ann...