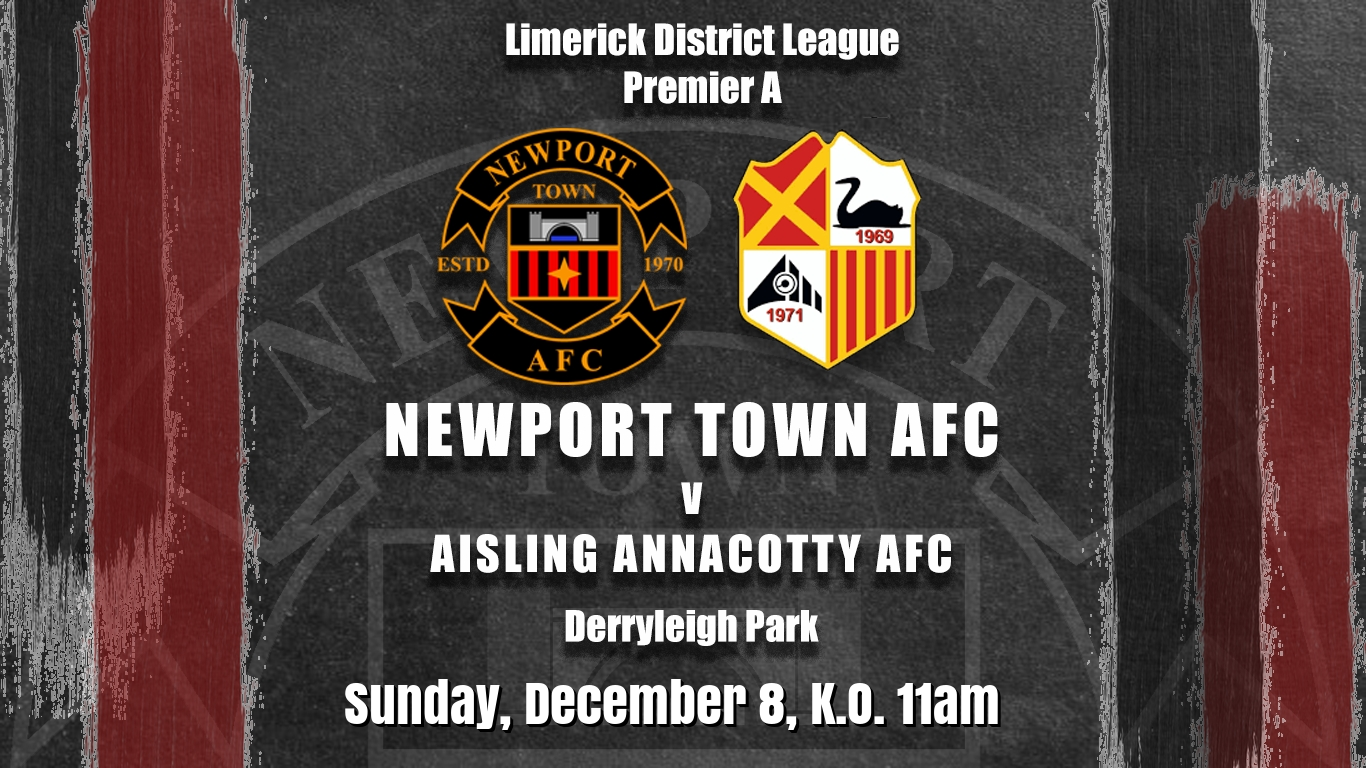 Following last week's disappointment in the FAI Junior Cup, Newport's Junior A team return to Premier A league action when they welcome Aisling Annacotty B to Derryleigh Park on Sunday morning at 11am. Newport are right in the promotion chase and their promotion challenge was given a big boost last weekend following league leader's Moyross defeat to Fairview B. Moyross aren't in action this weekend, so a win would see Newport close the gap at the top. Games between Newport & Aisling are always tight affairs and Newport will also have to plan without the services of Christy O'Connor (injured) & Jake Dillon (in action with the Limerick District League Youth squad). Newport will be anxious to bounce back from last week's defeat and continue their good run of league form, where they have won their last three league games. Sunday's game will see Newport complete the first half of the league and will hopefully get the win to keep them right in the promotion mix before we enter the second half of the league campaign.

The U17B side are also in league action when Corbally are the visitors to Derryleigh Park wit ha 2pm kick-off. The lads have had a mixed start to the season but are hopeful of picking up the 3 points on offer to move them into the top half of the table. All support is very welcome at both games.