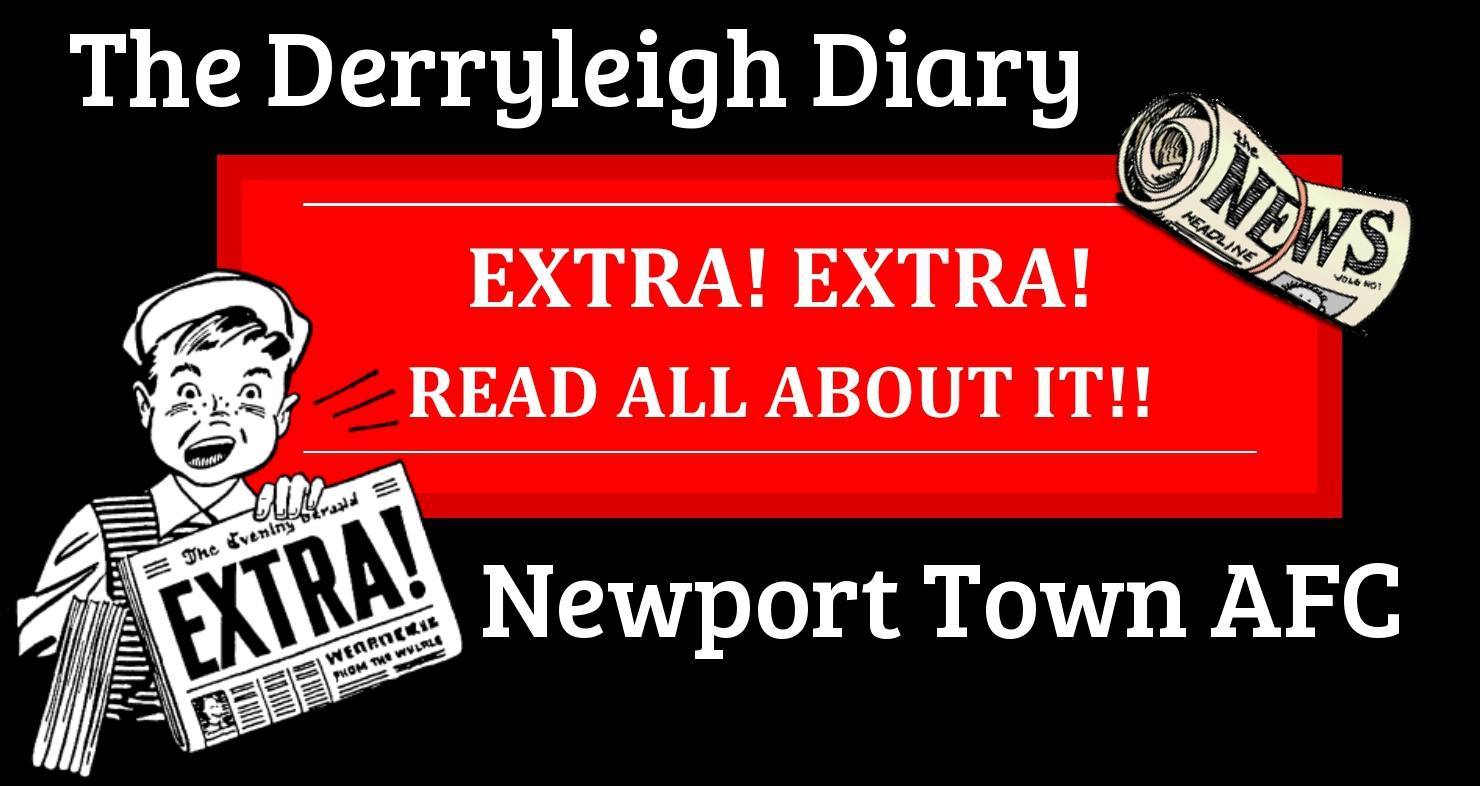 Published: about 2 months ago

Juniors
Newport travelled to play Carrig Celtic in the last 64 of the FAI Junior Cup on Sunday afternoon and unfortunately it’s the Limerick Desmond League side who will advance to the next stage for the first time in their history following their 3-2 victory in Carrigkerry. Newport opened the scoring through Brian O'Sullivan in the 40th minute and took a 1-0 lead into the break. However Carrig scored in the 49th, 68th & 85th minutes to make it 3-1 to the home side. Jake Dillon scored in the 86th minute to make it a grand stand finish but Newport couldn't find an equaliser and also had what looked like a stone wall penalty shout turned down in injury time. Newport are now left to concentrate on the promotion chase to the Premier League, while Carrig Celtic look forward to the draw for round 6. A special word of thank to Carrig Celtic and Moore’s Bar for their post-match hospitality and we wish Carrig all the best in the next round of the competition. Click here for full match report.

Unfortunately, the C team lost 4-1 to Div 2A side Wembley Rovers in the Open Cup. This was always going to be a big ask for the lads playing a team two divisions above them. Darragh Cleere scored a great goal from a free kick but ultimately it wasn’t enough as it’s Wembley who progress to the next round.

Well done to Jake Dillon, who’s been selected on the Limerick District League Youth squad for their inter-league game next Sunday versus the Kerry League.

The draw has been made for this season's Lawson Cup and Newport have been drawn at home to Div 2B side, Abbey Rovers. Whoever wins this game will be at home to the winners of Northside & Cappamore in round 2. Dates to be confirmed.

Schoolboys
The U15 team completed their Premier League season when they lost 2-0 away to Aisling Annacotty. The lads put in a great performance and fought hard all over the pitch. They are now on a break until after Christmas with the new season due to resume in February.

Schoolgirls
For various reasons our U14 side only had 10 players when they travelled to Ballinree to play Ballymackey. Great credit is due to Ballymackey who very sportingly only played 10 players against us. In the end it was Newport who ran out 3-2 winners thanks to goals from Lauren Bailey 2 & Abagail Hickey.

Our U16s travelled away to play Killavilla and despite a good performance were unlucky to lose 3-2. Chelsea King scored both Newport goals. We travelled to Roscrea with a depleted squad due to illness and prior commitments but the girls were ready to give it their all. From Aoife Kennedy, who had a magnificent game in goals, to the rest of the girls, they put in some effort. They took the game to Killavilla and after an excellent run by Robyn who then squared it for Chelsea to score. 1-0 at half time.

The girls kept it going in the 2nd half and when Sarah put Chelsea through, Chelsea calmly lifted the ball over the onrushing keeper to give us a 2-0 lead. When Chelsea went off injured early in the 2nd half, we were down to 10 players and the girls valiantly continued to play some good football. Killavilla then scored 3 goals with a decision or 2 not going our way but with time running out, the girls launched a final attack with their keeper pulling off a good save from a Robyn McNamara shot. It just wasn't our day.

Our U16s were also invited to play in the Regional Utd Tournament over the weekend. Club sides from around the country travelled to participate in the tournament. On Saturday, Newport beat Aisling Annacotty on a 6-1 scoreline with Aoife Mellerick the scorer-in-chief with 4 goals. On Sunday, we played Westport Utd in the Shield Final but with a very tired & depleted squad it was the Mayo side who ran out 3-0 winners. Special thanks and congratulations to Regional on an excellent well-run tournament and thanks for the invitation.

Santa visits Deryleigh Park
A very special visitor dropped by from the North Pole to say hello to our Newport Nippers on Friday evening. Glad to say that all the Nippers are still on the nice list but Santa will be keeping a close eye on them for the next few weeks. Special thanks to John O’Neill for all his help in making this a real special evening for our Nippers

Christmas Raffle
The club’s popular Christmas Raffle will take place in O'Sullivan's Bar and Lounge on Saturday, December 21. This promises to be a great night out with music & spot prizes. You can buy a line for the draw for €2 on the night or from players, managers and committee members. They are also available in the Derryleigh Dugout on Saturdays and pubs, shops & local businesses in the town. Great prizes to be won including 3 large Christmas hampers, 1 fuel hamper and lots of other prizes. Thanks in advance for your support.

Club Website
The club have launched a newly designed and improved website. It's the one-stop-shop for all the up to date club news, fixtures, results etc. and now also allows members download the new club app, register online for club membership, enter the club lotto etc. If you or someone you know would like to advertise your business to our supporters on our website, please email us at info@newporttownafc.com or contact Dave Noble on 086 6002534.

Social Soccer
Our Social Soccer group on Monday & Wednesday nights are looking for some new recruits. They play under lights on the astro on both nights from 9-10pm. If you’re looking to play ball and enjoy a bit of craic & banter, then this group is for you. It’s a good mix of ages, footballing ability & fitness levels. Just pop along with your €5 and you’re good to go.

O’Neills online Club Shop
Looking for some stocking fillers for Christmas? Visit our new O'Neills Soccer online Club Shop and use the WELCOME15 discount code to get a one off 15% discount on your first online purchase. Order soon to ensure delivery in time for the big day. Go to oneills.com and select Newport Town AFC from the club section.

Lotto
There was no winner of this week’s club’s lotto and the jackpot is now €950 with the next draw taking place on Saturday, December 7 in O’Sullivan’s. The numbers drawn were 6, 10, 13 & 17. Tickets can be purchased from any committee member, in the local pubs, Nicky English Butchers, the Derryleigh Dugout and at our lotto stand at Ryan’s Centra on Sunday mornings. Thanks, as always, to everyone who supports the club’s main fund raiser.

New Club App
We’ve had some great feedback on our new club phone app. If you haven't already, download the app on your phone at www.Clubifyapp.com/download to get all the club news & updates sent directly to your phone.