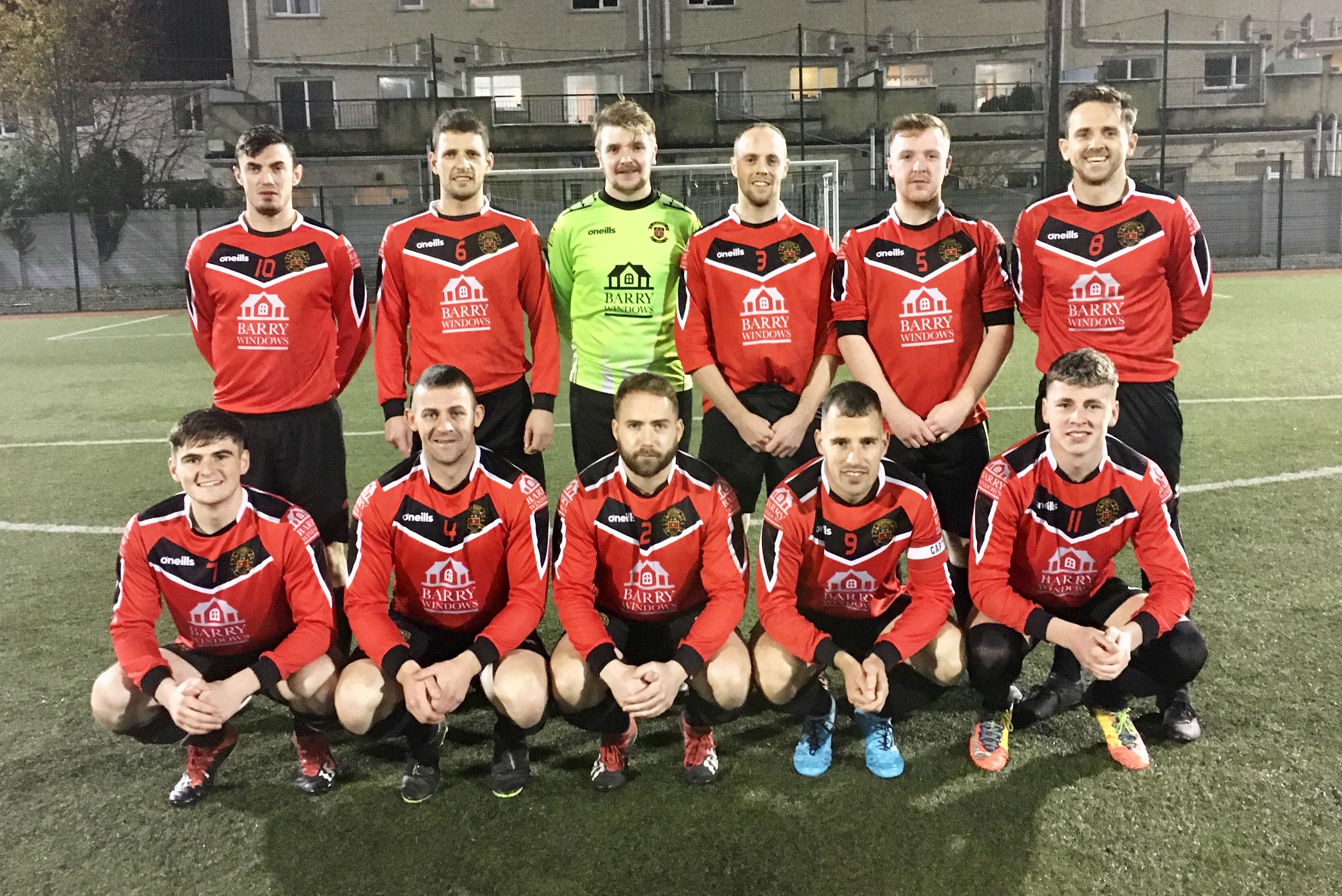 Junior A Munster Junior Cup, Round 3

Newport failed to make it to the out of town stage of the Munster Junior Cup following a 4-2 defeat away to Premier League side, Aisling Annacotty under lights on Saturday evening. An already hard job became more difficult due to the absence of a number of players due to injury, suspension & work commitments. A decent Newport crowd had travelled in to Annacotty on a miserable night but less than a minute was on the clock before Aisling opened the scoring. Newport failed to deal properly with a ball into the box and Aaron Murphy took advantage with a well- struck shot from 12 yards out.

The home side dominated the first 15 minutes, with Newport struggling to retain possession of the ball, while Aisling were very comfortable on the slick artificial surface. Newport created their first chance of the game in the 17th minute when Brian O’Sullivan’s shot was well-saved by the home keeper. From the resultant corner, Jimmy Fyfe rose highest but his powerful header went just above the crossbar. The remainder of the first half was fairly nip & tuck creating any real clear-cut chances and the sides went into the break with Aisling 1-0 up.

Aisling extended their lead in the 55th minute when Aaron Murphy won a header in the middle of the park and then chased his own header, took control of the ball and cleverly lobbed the onrushing Newport keeper, Harry Ryan, from the edge of the box. A very good individual goal. Newport reduced the deficit in the 70th minute when Peter O’Sullivan got on the end of a Kevin O’Brien free-kick from the left hand side and flicked his header into the far corner.

Unfortunately, the home side extended their lead just 2 minutes later, when they were awarded a penalty when Harry Ryan was adjudged to have taken down an Aisling player in the box. Nathan O’Callaghan calmly slotted home to make it 3-1. In the 75th minute, Jake Dillon drilled home a low shot to the corner after some good build-up play to once again close the gap and left the score 3-2 with just 15 minutes left. However Aisling ensured safe passage to round 4, with a brilliantly taken free-kick by Nathan O’Callaghan in the 81st minute

On the overall balance of play, Aisling deserved the win but Newport know that they didn’t play as well as they can and never really got it going on the night. It’s now back to league action next Sunday, when Newport are away to Athlunkard on Sunday morning at 11am.